Blurring the gender roles in clothing 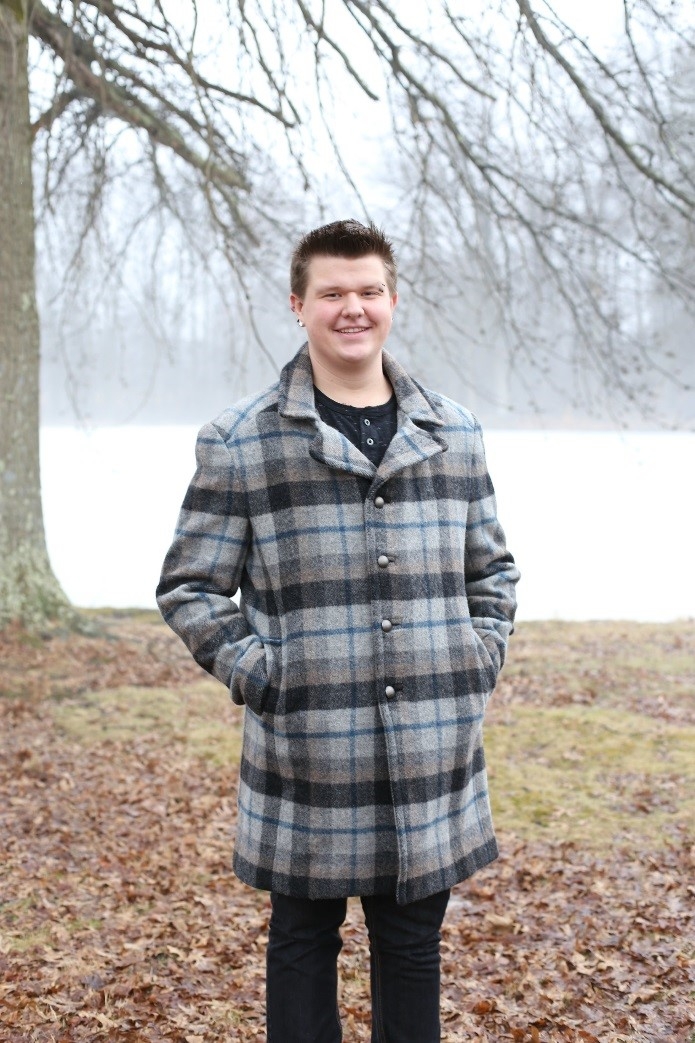 The Scissors Man recently had the pleasure of meeting a talented young man with increasable vision.

Tanner Gordon began creating his own clothing when he couldn’t find what he was looking for in local retail stores.

“I’m very new to designing I’m working on my first collection but the inspiration was this lack of clothing that I wanted,” Tanner said. “I wanted pieces that would be considered more feminine, but I wanted them to have masculine aspects, that's why I created my line blurring gender roles in clothing.”

He got his start in fashion from his years as a 4-H member when he would sew costumes for our costume classes for goats and dogs. From there, he joined a sewing club where his passion for the art continued to grow.

“I had some guidance along the way mainly from my 4-H advisors and my grandma but a lot of my technical sewing I picked up on my own,” he said.

Though he thoroughly enjoys the art of sewing and has won numerous awards for his creations, he finds that the hardest part is getting his ideas onto paper to actually make them.

“I can't accurately draw what I’m thinking I find it easier to drape and build from that, trial and error is how I prefer to design,” he said.

Though he has some trouble getting his ideas onto paper, his favorite part about this craft is the construction aspect.

“It’s one thing to see the designs on paper, but see them take life is something else,” he said.

He considers himself a new designer and knows he has a lot to learn, but has the mission to change fashion – to enter into a new era that it might not have seen.

“I want my clothing to make them feel confident and that someone cares about their needs, especially if they are not typical needs,” he said.

His favorite style of clothing is the non-binary/androgynous lines, which is where he gets most of his inspiration from.

“It’s such an amazing style because it's not limited to male or female but everything and everyone,” he said.

This fall, Tanner will be attending LIM College, a fashion business school, where he’ll be studying International Business with a concentration in event planning. During this time, though, he still plans to craft his art of sewing as he works on the side as a basic tailor.

His goal after college is to own his own store overseas in France, where he would be able to sell some of the designs he’s created.

Without a doubt, Tanner is on his way to greatness. If you’re interested in following his progress, don’t hesitate to follow him on Instagram or his Blog, TannerGsFashion.com.