Getting nostalgic with super powered quilts 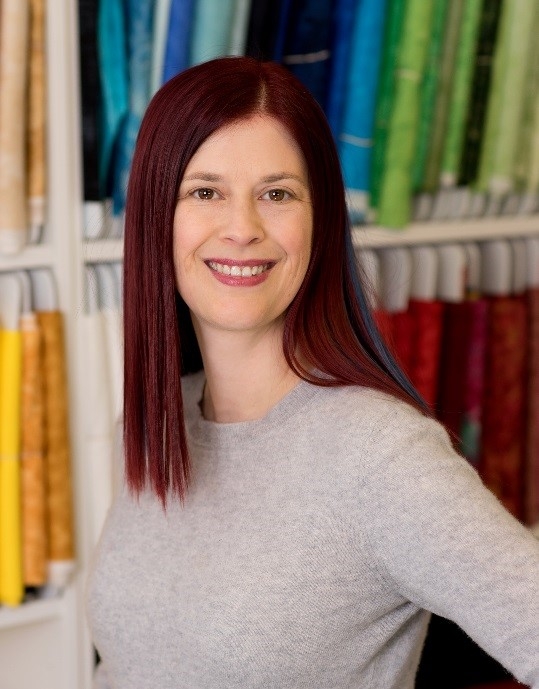 Being a child in the 80s, Toni Smith’s world was shaped by the video games she played revolving around Star Wars, Star Trek and various comics. As this passion followed her throughout the years, it not only brought passion to her life, but others as well. That’s right – her love for all things geeky is being shared throughout the U.S. But how’d she get here?

Going through an unfortunate divorce led her to have a lot of time on her hands.

“I needed a hobby and wanted to do something that would express myself and my geeky loves,” Smith said.

Since before she could remember she had been designing video-game cross stitch patterns, so she had the creative aspect already inside of her. But when she saw a basic quilting class offered near her, she wanted to see if she could translate that cross stitch creativeness into quilts – which she did.

After a year of quilting, she soon had an influx of people asking for custom quilts. This is when she knew she could have great success with this new creativeness.

“I decided to give it a shot and bought a table at a local Comic Convention where I showcased my work,” she said. “I sold out of quilts I made and took a few commissions.”

Her business – Quiltoni -- took off from there until she endured a theft in October 2015 where all of her quilts were stolen and had to start over from scratch.

“I wanted to make it worthwhile so instead of basing my quilts off existing video games I partnered with an artist to design original quilts and patterns,” she said.

This allowed her to start her own, which took off without a hitch. Smith stated that the reception she received from it was overwhelming. Today, she continues to work fulltime making custom quilts and selling their pattern line at Video Game, Comic, Pop Culture and Quilt conventions all around North America.

“I also stream live on Twitch daily showing new patterns we design and creating quilts that are commissioned,” she said.

Beginning in this industry, she didn’t think it would be this successful but she’s definitely proven herself wrong and has fallen in love with the industry as a whole.

“The best aspect of the quilting industry is the enthusiasm to embrace new things. I love meeting new people and seeing their excitement. There are so many cool new products, fabrics, and designers that help inspire me to continually create new quilts and patterns,” she said.

She’s embraced this industry so much that she’s hosting workshops and lectures.

To say the least, her “superpowered quilts” have got us nostalgic.

We can’t help but to spread the word about her great work. As we’ve mentioned, she’s all around North America showcasing her commissions. You don’t want to miss out on the opportunity to meet Toni Smith.

Trust us … you won’t regret it.