It’s time to “Level Up” your geekiness! 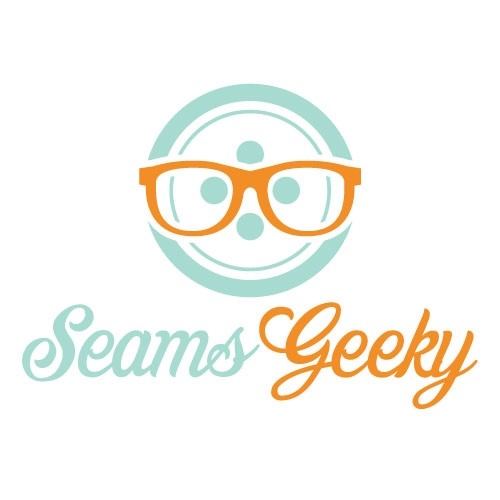 If we said you could “Level Up” your gifts this holiday season, it would “Seam Geeky,” right?

Well, that’s just it! It is Seams Geeky!

This dynamic duo – Elizabeth and Greg Dean -- knocked us off our feet when we were introduced to their company. So much, even, that we wanted to share the geekiness with you.

The Dean’s started their business, Seams Geeky, in October 2012 when they created their own cloth diaper called “Pocket Protectors” for their soon-to-be newborn.

“We weren’t happy with what was on the market for cloth diapers, so we decided to create our own pattern,” Elizabeth said.

After years of research and trials, they eventually were able to create a successful pattern to the “Pocket Protector” that many to this day love. Using her spare time to sew diapers, her family gave her a combo – sewing and embroidery – machine for Christmas. Little did she know that it would open up a whole new world.

Both she and Greg came together to learn their new machine and how to digitize designs to embroider.

“If you know how to use Adobe Illustrator, which I’ve been using for a long while, then you’ll be able to digitize for this machine,” Greg said.

And that’s when it happened – they decided to embroider the diapers with some “geeky-chic” embroidery designs to make them more exciting.

“We would get the normal ooo's and ahh's and the usual ‘you should sell those’ from people that we showed, but never really took it seriously,” Elizabeth said, “but then I found myself without a job and needing to make some money, so I decided to start selling.”

Being geeks themselves and loving everything from Mario to Star Trek, they knew if they loved their designs that someone else would, too. And they were right.

These one-of-a-kind embroidered diapers went off without a hitch.

Each embroidery design is custom-designed by either Elizabeth or Greg and it’s always something that they love. In fact, they have a three-rule guide that they go by for each and every product:

They were the business to watch! In fact, Seams Geeky became so popular with their diapers that they had trouble keeping up with all the orders coming in.

“We had to create another product, so we could sell those in between making all of the diapers,” Elizabeth said.

So that’s what they did. 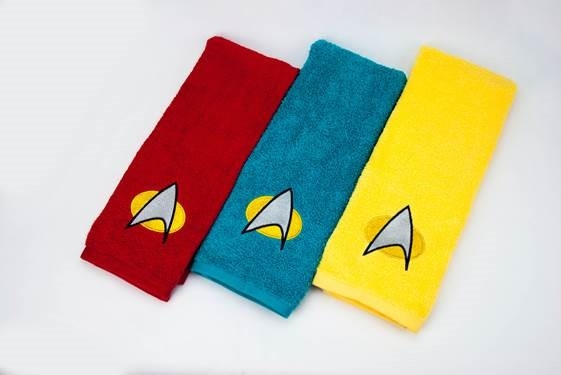 Elizabeth and Greg decided to use the same designs and create a line of hand towels. Because of the success they had with solely towels, the two decided to focus on that type of product and expand it a little further into bath towels, bath mats, patches, hats, hoodies, etc.

“For now, the diapers are on pause, but we plan to go back to them in the future,” Elizabeth said.

Now, after celebrating 5-years of business, Seams Geeky has been named one of the top 5,000 businesses on Etsy.

We can attest that these two are the most down-to-earth, geekiest people you’ll meet and you’ll fall in love with their work just as much as we did. In fact, if you find yourself wanting something geeky this holiday season – because, yes, the season is quickly approaching – then Seams Geeky is the place to find it