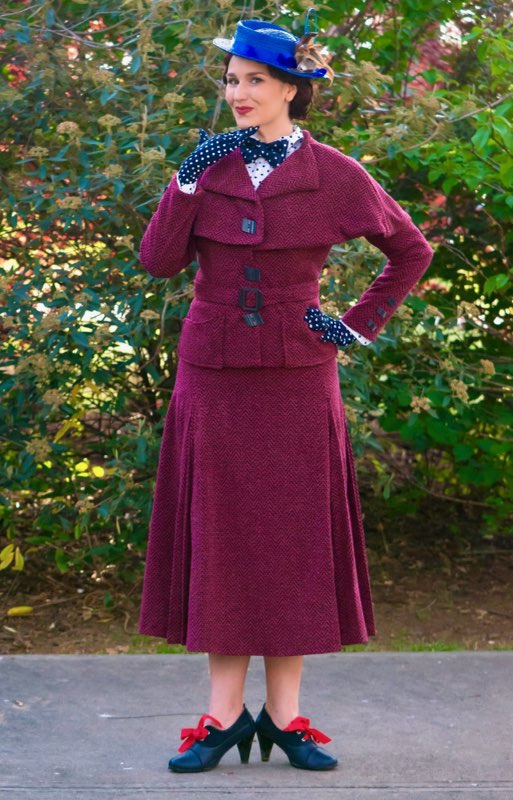 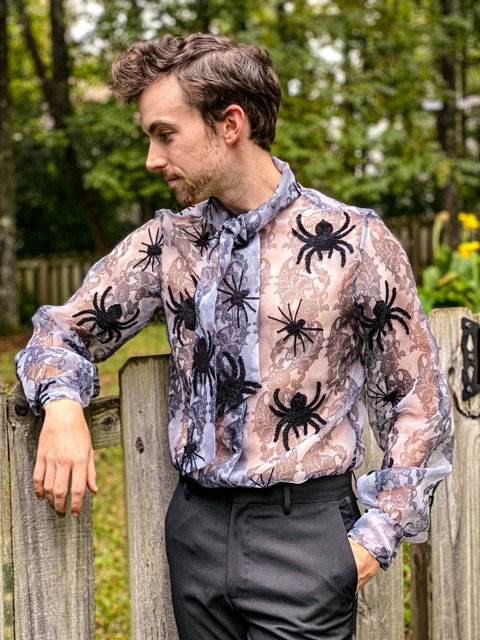 Hayley & Michael Burson the magical duo behind The Wizard Tailor, Hobbit Party, and Hold my Butter Beer Podcast sat down with Sebastian Rivera and caught up over zoom to chat about their longstanding fandoms, amazing cosplays and so much more.

Before their fateful meeting at their colleges’ Harry Potter fan club, Michael and Hayley were unknowingly fostering their future into cosplay before they met. Michael was first introduced to sewing in middle school while in home economics class. Michael learned the basics and only used those skills from time to time when he attended Harry Potter movie openings. It was not until 2015 when Michael and Hayley decided to make Game of Thrones themed costumes for Halloween that Michael busted out his sewing machine. It was then to Hayley’s surprise Michael reignited his interest in sewing and showed that he indeed could thread a bobbin. 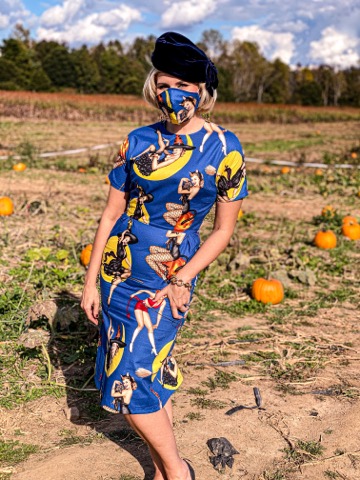 Throughout Hayley’s time in high school, she was heavily involved in her schools’ theatre program. She participated in costume designing, prop building, acting, and singing in plays. Michael on the flip side participated in his schools’ marching band for many years. Both crafting and homing in on their creative skills. When the two began their cosplay journey they realized they each bring to the table a specific set of skills which allow them to collaborate effortlessly.

When asked if they would consider turning their hobby into a fulltime gig, they both paused and gave the question thought. Hayley began by stating how hard they both worked to achieve their academic degrees in school and their professional work being important to them. Michael chimed in and agreed with Hayley’s sentiment but added no one can truly predict their future so you can never really know what is in store. For the time being they are happy to grow their online presence. Recently Michael was invited to be a part of the Janome Maker Program. The program is host to a diverse and expansive group of creatives all linked by a passion to sew, embroider, or quilt.

In a recent Instagram post on The Wizard Tailor account, Michael is seen with a big bright smile announcing his new partnership with Janome. With this new partnership Michael and Hayley have access to some of the best machines on the market for domestic sewers. Having access to the new machines will allow the duo to push their craft to new heights. 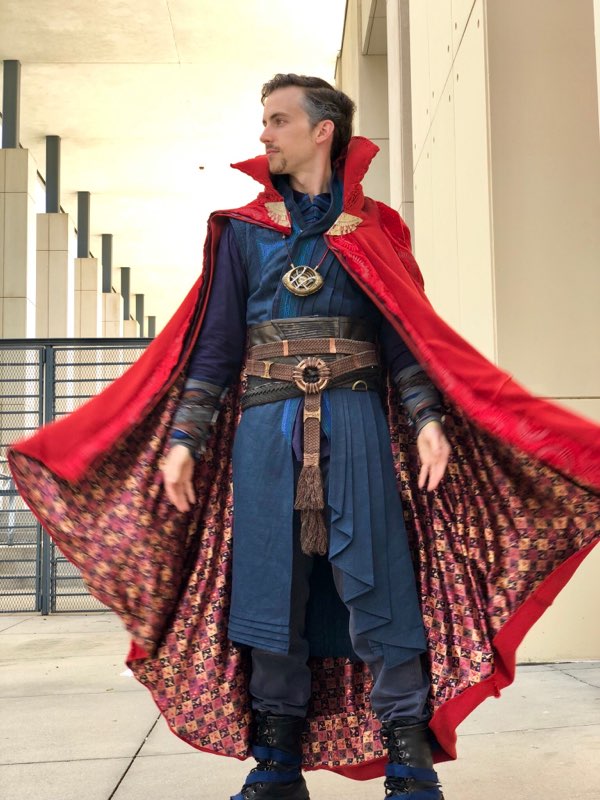 Michael expressed his desire to compete with his creations. Fate would have it though that his plans to enter national contests was going to begin in 2020. He has had to put his plans on hold until conventions and contest open again. Luckily, this year Tock Custom has decided to host for the second time an Ultimate Online Cosplay Contest. He has enlisted an awesome group of guest panelists from all corners of the creative cosplay and prop industry. Michael intends to enter the contest this year which will be live streamed May 15th at 5 pm central. Hayley fully supports Michael's ambitions to compete but does not wish to participate in any upcoming contests.

The duo has a passion for obscure characters from their favorite fandoms. Their ultimate dream costume is that of The Bloody Baron and the Gray Lady from the Harry Potter series. Michael and Hayley are drawn to the complexity of the Baron's costume in the film which only appears briefly in a few scenes. The Baron is also transparent and "ghostly", so details are not all that clear. Luckily, the costume does exist at the Harry Potter exhibit in London but is only showcased for the Halloween season. Their newest cosplay mash up is Merlin the Wizard and Mad Madam Min from The Swords in the Stone animated film.

Nearing the end of the interview we asked the duo a few fun questions. Which fandom(s) do you not share between each other? Hayley started by mentioning how Michael is purer at heart and enjoys escaping into fantasy worlds by watching anime, cartoons, or listening to podcasts like "The Bald and the Beautiful" or "The Michelle Obama Podcast". Hayley on the other hand is big into true crime documentaries, shows and podcasts like "You are Wrong About" and "The Clearing".

We are excited to see where the pair go next in their creative journey. There seems to be no end in sight to their momentum currently. They are enjoying every moment possible and pushing themselves in all their creative endeavors.