Hoppin’ Bobbin’s into the realm of Cosplay 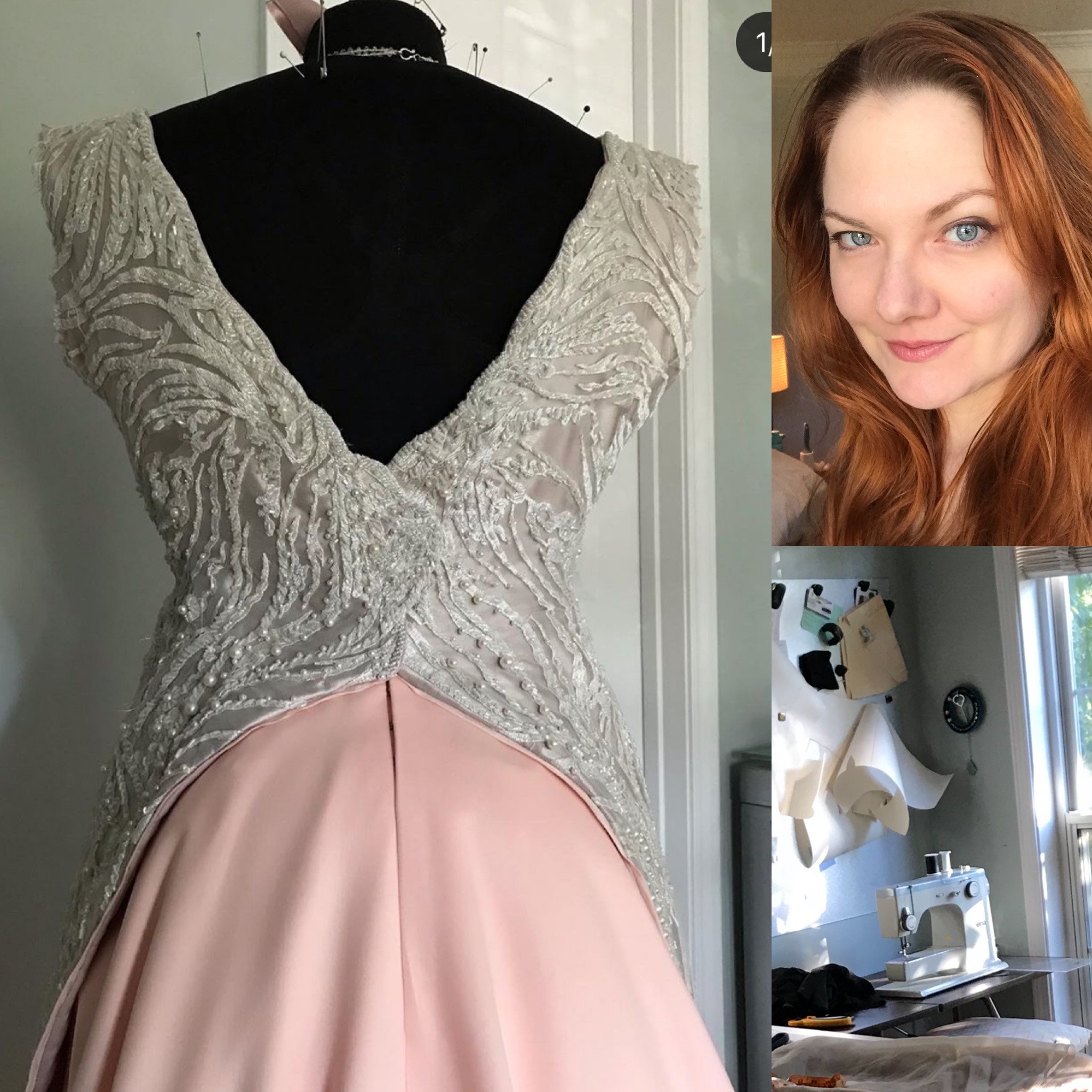 We met a lovely lady named Addie at DragonCon this year and we immediately fell in love with not only her craft, but her story. With that, we knew we had to get her information out to our Famore fans, so that the excitement could spread.

Addie, also known on social platforms as Hoppin_Bobbin, truly began sewing about 5 years ago when her husband wanted to attend DragonCon and she needed an outfit to attend.

“My mom and grandmother (Mammy) tried to teach me to sew when I was younger, and I just wasn’t interested,” Addie said.

Addie was interested in the historically inspired, mid-century pieces, so when she found the right one, she was driven to complete the look for the big event. From there, she began to fall in love with the craft.

“I had sewn a padded seat for a window sill and hemmed some pants, but this was all new to me,” she said. “I started out with a sewing machine that my grandmother gifted me in her will. It was a 1970s Elna SU machine. My mother helped my grandfather select it in the 70s to give to her as a gift, it was about $1,000 back then … and I’ve been using it ever since.”

In addition, since her mom has a degree in garment construction and used to teach it so Addie would text her if anything arose that she didn’t know how to accomplish. This is especially true when she’s crafting one-of-a-kind masterpieces.

“It took me about 10 months to create my first Cosplay outfit for DragonCon,” she said. “I had to learn the machine, learn how to read patterns, and figure out everything in the process.”

After her first DragonCon, Addie continued the passion by sewing garments that you can’t buy in stores.

“I’m not going to go create something that I can simply purchase in a store … that’s just not what I want to do,” she said.

Because her interest is so unique and complex, her craft has blossomed. She said the best thing is trying to figure out the construction details when creating patterns from scratch.

“When I try to replicate something and there is no pattern, I have to create each piece and see how everything will fit together,” Addie said.

As the inspiration changes with each project, Addie is determined to learn as much as she can. In fact, she said “the good thing about sewing is that there’s always something for you to learn that you didn’t know.” There’s endless opportunities to learn and grow with the industry.

Though her social media may look like she’s an expert, Addie says that she’s only worked with heavily-structured gowns with woven fabric. She hasn’t broken out into other realms yet, but hopes to venture into the knits, the bias cut and light-weight silks in the next year.

“I, actually, get questions often from people asking me how to do something,” she said. “The latest one was about how to sew pleather and, unfortunately, I had no idea!”

Though she’s still new to the sewing-game, it’s not stopping her experience to shine. Addie continues to encourage people to pursue their dreams and get into the craft of sewing. Her most trusted advice is to tell beginners to find a vintage machine that doesn’t cost a lot to learn on. If it’s in good condition, the machine will last a while, Addie mentioned, just as her Mammy’s machine did.

“It’s like she (Mammy) knew I would eventually be interested in sewing when she left me her machine,” she said.

If only we all had Mammy’s like Addie did – we’d all be growing our sewing craft to its full potential!

We’re excited to see Addie’s talent flourish and will be looking for her pieces to be showcased throughout. To learn more about Hoppin_Bobbin’s, check her out on Instagram and Facebook.