Say ‘YES’ and Quilt Your Way to the Top

What’s your dream job? If we told you that all you had to do was say ‘yes’ to get it, would you believe 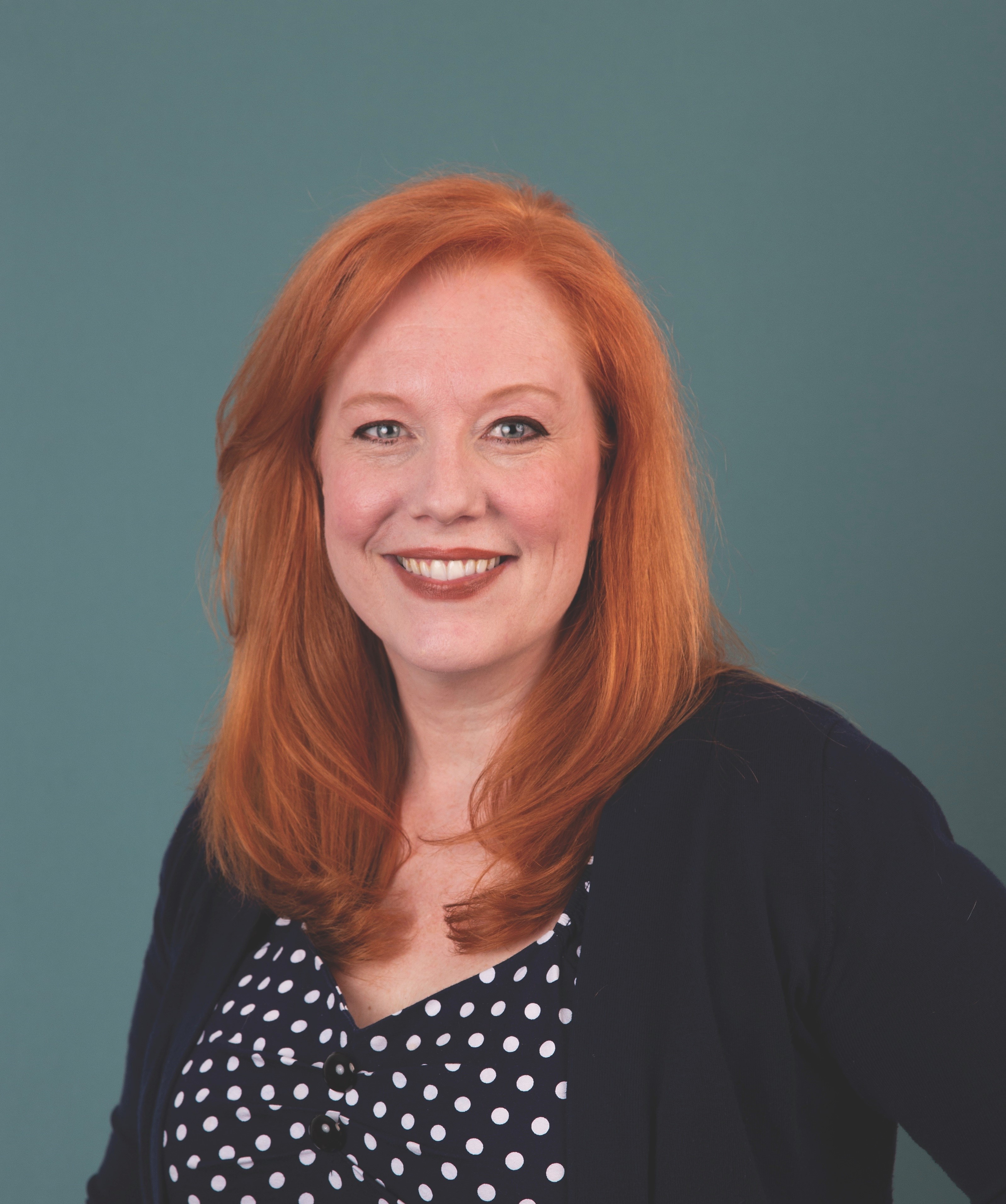 us? Odd questions, for sure, but we bring them up because we’ve met an incredibly talented woman who not only is successful, but who did just this.

During her childhood, Tracy Mooney had the creative mind – for performing arts. Always on the run and never wanting to be bored, her seamstress mother taught her how to make a quilt at 4 years old in 1974. More specifically, how to whipstitch. Though this wasn’t her usual creative outlet Tracy, she was hooked, and continued to hound her mother to finish the quilt they started.

“It planted a seed in my mind and heart that I wanted to make a quilt someday,” Tracy said.

Fast forward many years – to 1991 – Tracy is living in Boston, pregnant with her son, and began her quilting obsession and hobby.

“I started my quilting obsession, reading books from the library on quilting, watching quilting shows on TV, reading magazines. I start to dream about working for a magazine, but in what capacity? No idea!” she said.

I guess you could say the seed was growing.

When life moved her to California in the early 2000’s, she began to work at a local quilt shop and learned everything she could. In 2006, she would have to relocate, again, to Illinois. This new location didn’t change much, though, as she would get another job at a quilt shop.

In 2008, Tracy began a new adventure as the Chief Cyber Security Mom for McAfee where she blogged about family Internet safety issues and shared how to stay safe online at home. After 5 years of blogging, she realized she could write well, but knew she wanted something more creative.

“I had always wished that I could work for a quilting magazine,” Tracy said.

While blogging, she was able to connect with quilters online and befriended Jake Finch and Melissa Thompson Maher, Co-Founders and Publishers of Generation Q magazine. When the blogging job ended in 2012, she put feelers out about possible jobs – hoping for that job she had been dreaming about. Jake convinced her to join them in Kansas City at Quilt Market and help work their booth.

“I’m pretty sure they just wanted to see if I could talk to people in real life,” Tracy mentioned, “but they told me to bring my resume, so that I could network.”

After 24 hours, Jake and Melissa offered me a position to do book reviews and a feature called We Sew 2, which was for children learning to sew. Tracy worked her way up Generation Q for 6 years, eventually becoming Senior Editor.

“Jake and Melissa taught me everything I know about publishing,” she said. The two gave Tracy the dream job she’d been hoping for.

She was incredibly happy at Generation Q, but the magazine ultimately shuttered in 2017. A GenQ co-worker saw a job listing at F+W Media and convinced her to apply. Though the position was in Colorado, she took a leap of faith and applied.

“I wanted to see where saying ‘yes’ would take me,” Tracy said.

After 2 months of interviewing for an Associate Editor position, she was offered an Editorial position that would put Tracy in charge of 2 magazines – Quiltmaker and Quilty. Later, she would take the helm at McCalls Quilting.

“When offered the position, I had to do a lot of soul searching. I was nervous about taking on an editorial position for 2 magazines,” Tracy said.

There was a huge cross-section between the two, so she was worried about having to stand up to the history of the magazines.

“These magazines have been around since the early 80s, so I didn’t take the history lightly. It was my responsibility to keep up with the new and fresh trends, contemporary designers, etc., while still maintaining that history” she said. “My goal is always to encourage, support and get the word out there about quilting. I want to bring the next generation in.”

“Lori has been quilting since 1967, Carrie for 5 years and myself since the 90s … You can see how we’re all at 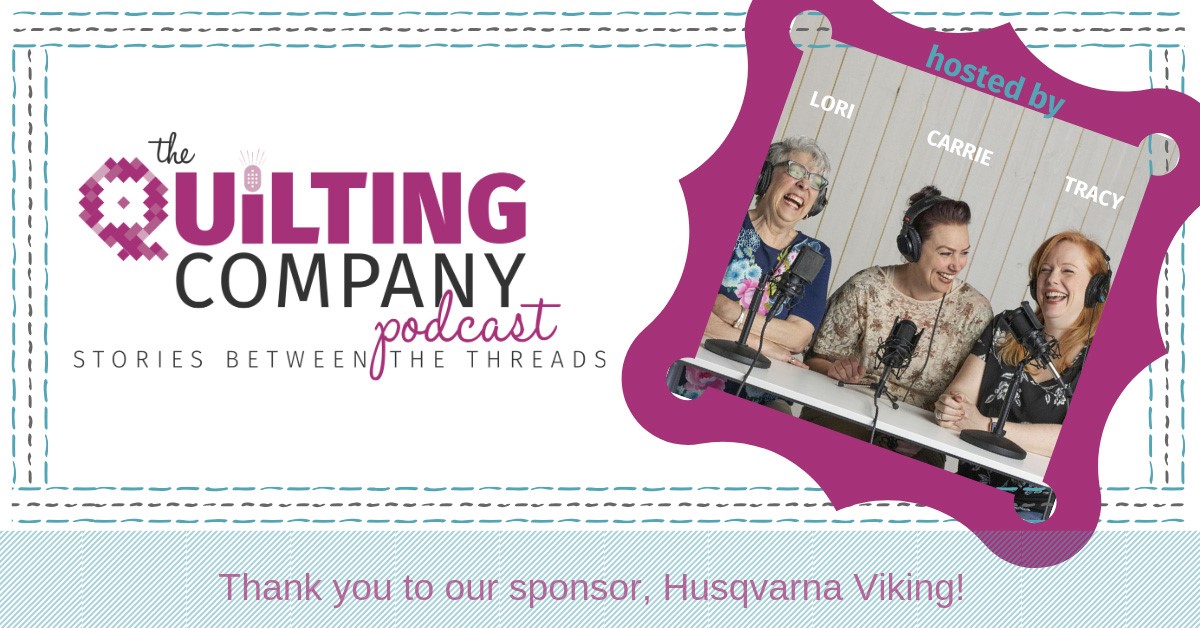 different experience levels and can share – as well as learn – from each other,” Tracy said. “During the podcast, we get to talking and it could continue all day. It’s so natural and we have a blast. We hope that listeners feel like they are sitting right there with us chatting about all things quilting.”

If you asked Tracy 20+ years ago where she’d be today, she wouldn’t have guessed Colorado or an editor. She’s doing what she loves every day and it’s all because of a simple word – yes.

As an inspiration for many, we couldn’t believe the journey that Tracy has taken. After we learned more about her, we knew we had to share her story and success with our readers. In addition, if you’ve never read either of her magazines, or listened to her podcast, we definitely suggest you do. You won’t regret it.