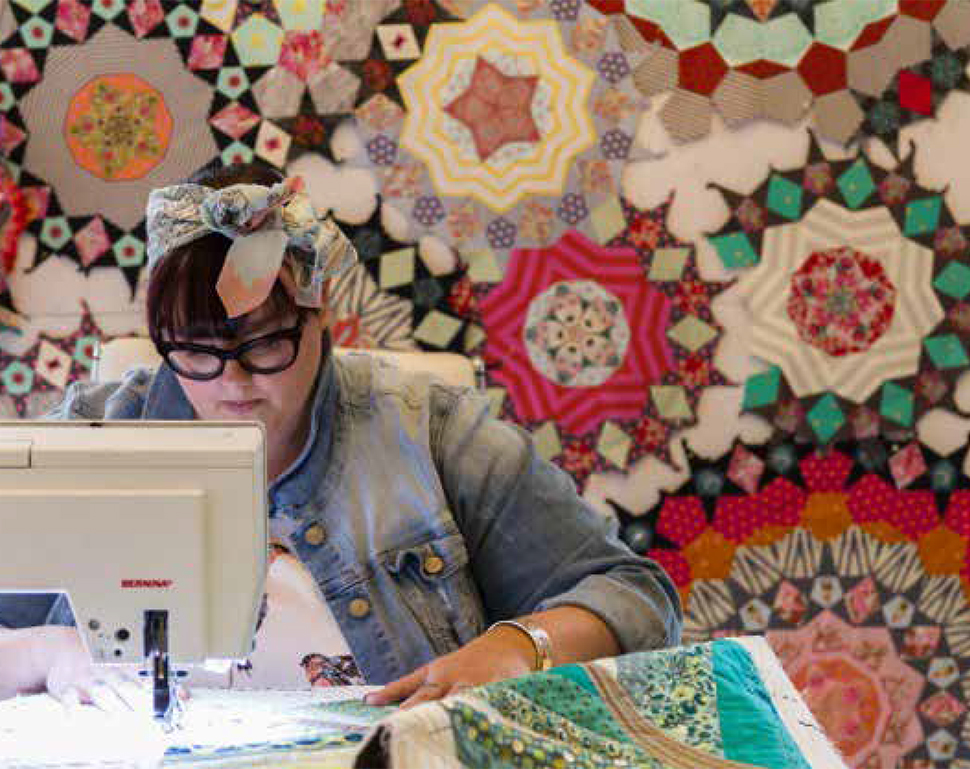 Tula Pink is the master of her own corner of the world, but her path to stardom in the quilting world wasn’t a linear one. It wasn’t borne through the passing down of generational knowledge. Regardless of her route, she’s managed to successfully carve out her own place in a niche that was in need of people just like her.

A first-generation quilter, Pink always showed a proclivity toward creative pursuits. A passion for drawing at early age eventually landed her in art school, where she studied graphic design and commercial illustration. Her early career work was in the music industry, working as an art director to design album covers and merchandise. In her spare time, though, she was escaping into a hobby dating back to her 12th birthday.

“Grandma gave me a sewing machine, just to see what I would do with it,” Pink recalls, noting that she was never really drawn to clothing or other designs. “For whatever reason, quilting just satisfied that artistic side, plus my more structural, mathematical interests. It’s one of the few creative endeavors that really accesses both sides of the brain pretty equally.”

Despite her love of quilting (which she jokes, “I was a closet quilter, but never really told anyone that because I didn’t want to lose my music industry street cred,”) she was having a hard time finding fabrics she really wanted to use – fabrics that fit her personality. The market was saturated with reproductions. She was going to extreme lengths to modify existing fabrics through bleaching, dying or screen printing.

But ultimately, while in that space so many people are familiar with – job versus passion – there was a defining moment Pink realized job and passion could be one and the same. One day she walked into a shop and discovered some invigorating fabrics by Kaffe Fassett and Amy Butler.

“It was the first time I had seen fabric that was clearly designed by a person,” Pink explains. “It had the personality of an individual. It was fabric that could not have been created by a committee. It was a clear point of view. It was really big and really bright. It was so wildly different that it was the first time I realized that a person could do that as a job.”

Suddenly, it was clear. Given her background and skillset, why not just make her own fabrics? So, during nights and weekends she began putting together a fabric line. Once completed, she sent it out to a number of companies, and within a week it had been picked up. Tula Pink had a new career.

The fabric industry has changed in recent years, sparked by unique visionaries like Pink.

“My designs are largely about escapism,” she explains. “People don’t come to quilt to have a hard time. They sit down to quilt in stolen time and stolen moments. It’s something they do to get away from the rest of the world. It’s a relatively solitary activity, even though we’ve built communities around it. People do it to relax, to put themselves at ease. It’s something they do for themselves.

“My fabric is largely about that,” she continues. “It’s about unicorns and crazy looking owls. It’s about all of that escapism. It’s an imaginary place that I’ve built. So, when I design, I put myself in that imaginary place and walk around and see what I see. And that’s what I put on fabric.”

It’s not hard for Pink to stay inspired and to continue creating new designs. She seldom, if ever, suffers from creative block, which she partially attributes to setting aside time specifically for creating bad ideas, which she believes frees her from any pressure to create something good.

“People buy my products because they see a connection to me and what I’m doing. I have to trust myself.”

And part of that trusting herself includes not trying to see into the future or stay ahead of trends.

“The internet has changed things in a big way. Social media and all that has really flipped the script in a major way. I can find my people in all corners of the earth. I don’t need to have a mainstream audience in my immediate vicinity to survive. I can survive on 1% of quilters all over than world rather than have to survive on 50% of the quilters in my vicinity. You don’t have to be everything to everyone anymore. You can just be the master of your own corner of the world.” 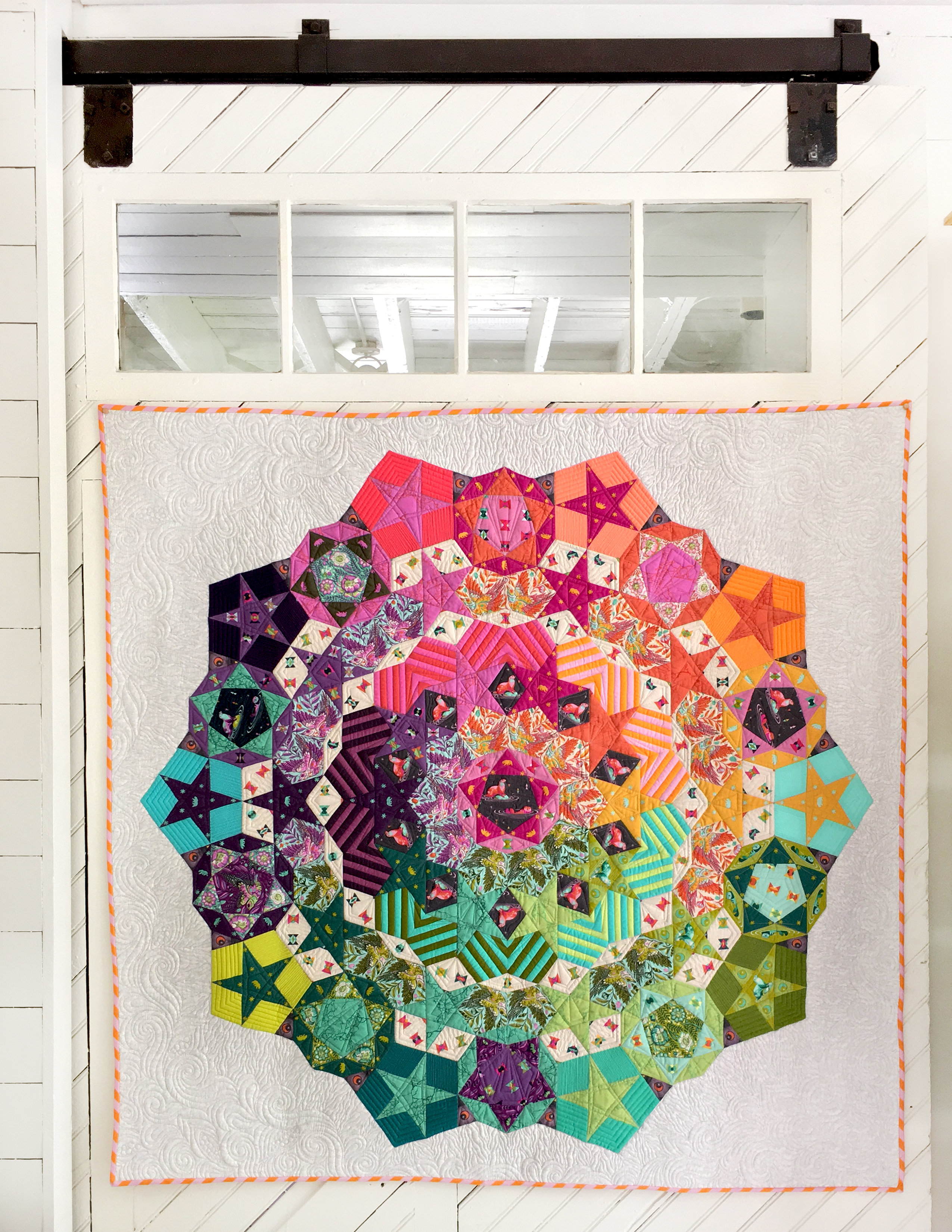